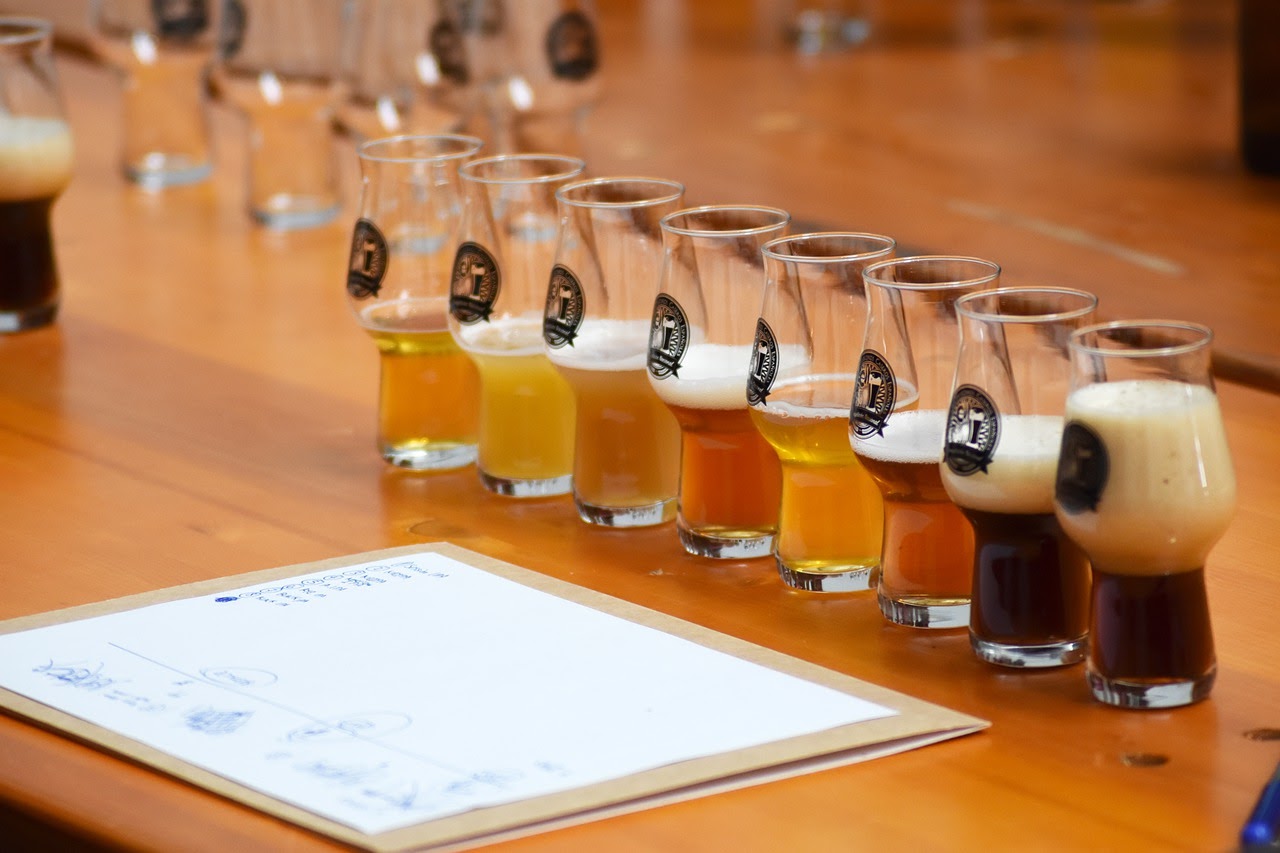 In South Africa we like things that begin with the letter B. Braai’s, Biltong and Beer all at the same time while watching the Bokke with the boets (mates). South Africa has a diverse culture with different tastes and flavors around every corner. This diversity and mix has been brewed into the local craft beers creating a unique taste. The experience expands every time you try a new brand, too.

With more than a hundred styles of craft beer available online, we chose to focus on four of South Africa’s best breweries. Taste Cape Town’s Jack Black craft beer and the Cape Brewing Company’s beer. Enjoya refreshing craft beer from Durban breweries, Poison city and Robsons real beer. We will be going through these unique South African breweries, pointing you in the direction of where to buy beers.

Craft beer can be defined as a beer made in a traditional or non-mechanized way by a small brewery. There are craft beer breweries throughout South Africa from Durban on the east coast through to Cape Town on the west coast.

You can find a wide selection of craft beers from the four breweries. Below is a list of the different types of beers you can find:

These are just a few of the beers that you can find. Keep your eyes open to try any new styles, you might find your new favorite beer. Lets see what each craft beer brewing company has to offer.

Situated on Umgeni Road in the heart of Durban, this company brings “fun sun sea” from the Durban culture into their beers.

We spoke about unique beers and on this list the Durban Poison dagga beer took first prize. This American lager uses traditional hops but replaces some with hemp from the sativa family creating a slightly-spiced, clean balance of flavours.

If you are interested in Durban poison and other cannabis seeds follow this link to these best wax strains. Or for more information on this durban brewed beer click this link to durban poison beer.

This craft beer has an alcohol content of 4%. The cannabis infusion in this beer will not leave you feeling high.

The Punk Rocker is an English pale ale, and has a rich, dark copper appearance. With a low hops bitterness of 30 IBU (International Bitterness Unit), the addition of dark melt provides that full body feel.

Jack Black opened their doors in Diep river, and sells craft beer in cape town they have a selection of beer from Larger to Weiss. Apart from their craft beers, Jack black also provides brewing tours. You can learn about the brewing process and what makes their beer stand out or enjoy the live music while sipping down on a cold one.

Jack Black original, is advertised as an all day beer and that’s exactly what this larger is. With an alcohol content of 5% and an IBU of 22 this craft beer is an all-rounder. If you like a crisp beer with a light color appearance, this is a go to lager.

If you are looking for a BANG! Jack Black’s Mega Ale is where you should start. The mega flavor in this beer is great if you are looking for something different and fruity with a “mountain of hops”. When first trying this craft beer you will be welcomed with a hit of apricot, passion fruit ,and a kick of raspberries!

We recommend you tread lightly with this beer as it has an alcohol content of 8%! And an IBU of 72.

Follow this link to read more about Jack black brewery.

CBC craft beer brews at the Spice Route in Paarl in the Western Cape. Their brew master Wolfgang Koedel became an apprentice brewer in Germany and has been brewing on three different continents over the last 30 years. He brings this experience of the world into CBC’s craft beers.  You can order their beer online.

Keeping to the Germany heritage we recommend trying the Amber Weiss. This craft beer has an IBU of 11 and alcohol content of 5.2%. This is a fruity and flavourful Wiess with hints of banana mixed with cloves. The flavours are blended with its 11 IBU bitterness.

A craft beer we find unique from CBC is their Drunkel. This beer has hints of chocolate with subtle bitterness blended with roasted malts, toffee and caramel. A Munich style dark lager with an alcohol content of 5% and an IBU of 26. This rich flavored craft beer is great as an after dinner treat.

Established in 2006, Robson Real Beer is situated in the Durban Bay near the harbour. Robsons is one of the older craft beer breweries in KwaZulu-Natal. You can tour the brewery to get a taste of this Durban brew. You can enjoy your time in their beer garden or restaurant and can buy their beers online

Hammer Of Thor is a hard hitting old ale craft beer available from Robsons. This craft beer has a marmalade, citrus flavour. Named after the Nordic god of thunder, this beer has got some power behind it. Alcohol content is at 8.3% making it no slouch. Slowly enjoying the fruity full flavours of this ale is the way to go.

The Robsons’ Durban Pale Ale has an exquisite balance of flavors between the hops, imported malts, and the bitter fruitiness of this craft beer. The total alcohol is 5.7% also packing a punch if you are used to S.A.B beers like Castle lite. For information on hops follow this link.

After reading this post, you may be wondering where to buy beer from craft breweries? The answer is you can visit the above four breweries and enjoy some good food or you can buy beer online from their stores.

What’s great about these different craft beers is that you get to experience a little bit of the local culture through the flavours that have been brewed into these beers. Follow this link to get more information on the benefits beer has on your health.