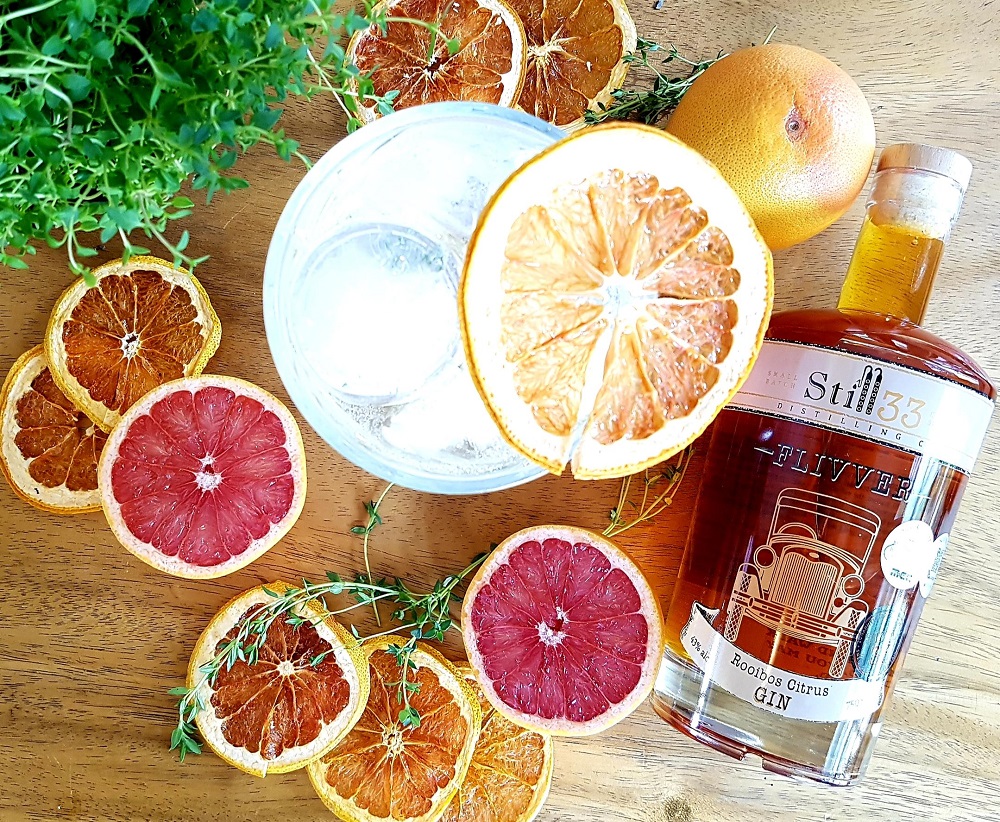 The world has been making gin and rum for centuries now. While Johannesburg-based craft distillery, Still 33, joined the game relatively recently (in 2016), they have quickly made their mark on the South African craft spirits scene.

Still 33 is owned by master distiller, Curtis van Biljon. The name pays homage to the men and women, who challenged the establishment resulting in the abolition of prohibition in the US in 1933. In fact, all their products are named after the transportation used by bootleggers, moonshiners and rum runners during the prohibition era.

Through the premium quality spirits made at Still 33 – and their unique flavours, van Biljon has carried on that same spirit of challenging the norm.

At Still 33, van Biljon’s goal is to create fresh, unique varieties of classic spirits. Using local botanicals and other uniquely South African flavours give their gin and rum their distinctive refreshing taste.

The Flivver (prohibition-era slang for an old Ford) is their most awarded gin. It’s a Rooibos Citrus Gin in which juniper berries, rooibos tea, grapefruit, lemon and coriander are prominent and easily identifiable.

While the citrus provides a fresh flavour, the rooibos is comforting and subtle – giving the gin the colour of a freshly brewed cup of tea. The coriander adds a hint of spiciness to make it an interesting and well-rounded gin.

The award-winning Jenny – a Macadamia Nut, Johannesburg Dry Gin, is named after the popular bootlegger’s plane from the prohibition era. During distillation, oils from the Macadamia nuts enhance flavours from the other botanicals that include almond, grapefruit, coriander, pepper and juniper berries sourced from the Balkans, Bulgaria and Italy.

Still 33 has also developed a single barrel, Johannesburg rum named Captain Stone – after a Canadian rum runner and Captain of the Malahat. The Malahat was a five-mast schooner that serviced the west coast during that time.

It is distilled at high proof from slowly-fermented molasses and aged in single, once used bourbon barrels. During this process, flavours of vanilla, oak and a gentle charcoal are imparted on the smooth rum spirit.

The Still 33 Distilling Company has also shared ways in which to enjoy these gins and rum HERE.

You can order any of their gins and rum online or find your batch near you from this list of stockists. Purchase a case of six bottles or more and they will be delivered free of charge across South Africa!

Alternatively, you can order their products from Takealot.

“Awesome Gins, amazing Rum and such a treat to go there and learn about the Gin industry and what Curtis has to say about all alcohol. 10/10,” Adrian Collard posted on their Facebook page.

Joan Potgieter Bousfield added; “The Owners are very friendly, the distillery is great, has a great story and the Gins and Rum is fantastic.”

“What an amazing place to celebrate my birthday! Curtis was so knowledgeable and has a world of gin knowledge! Loved their gins and rum and they went out of their way to ensure we had a great night. Thank you!” Kerry Harrison said.

For more information and bookings at Still 33, call 083 571 6618 or email curtis@still33.com. Visit them at Unit 3 Barbeque Bend, 27 Dytchley Road, Barbeque Downs, Kyalami, Johannesburg, or online at still33.com.  Here is their location on Google Maps.