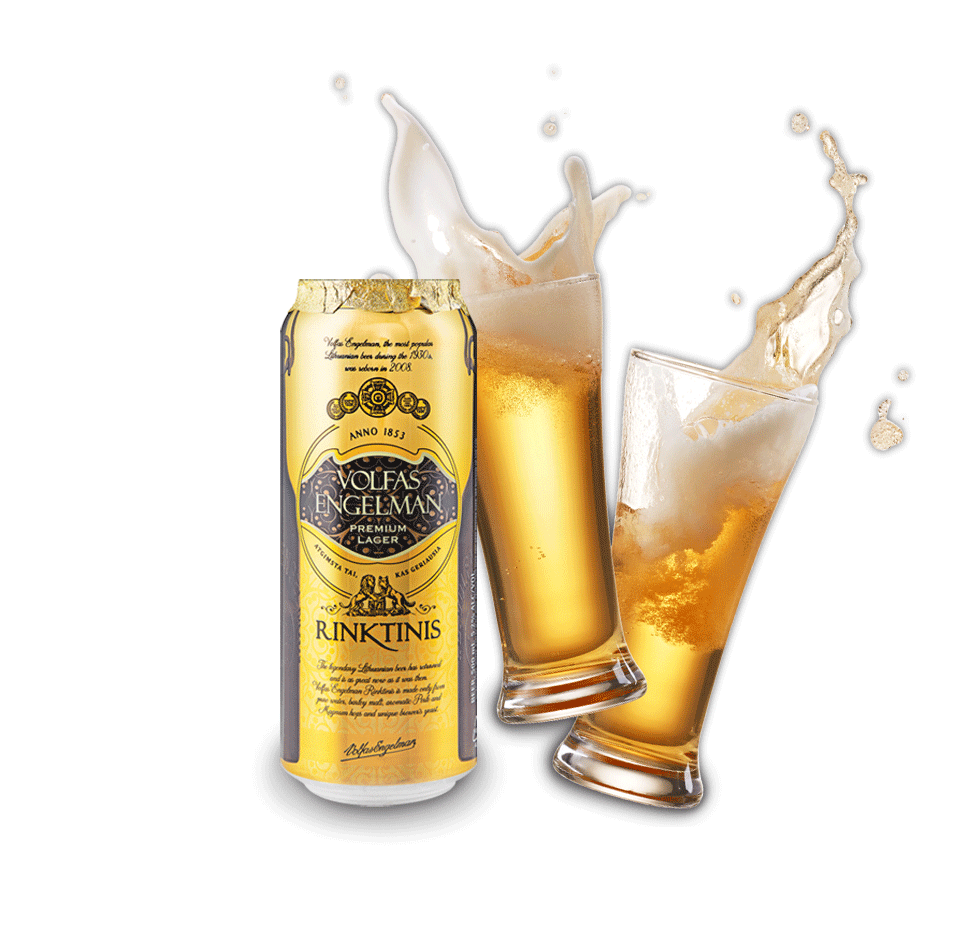 Volfas Engelman is an alcoholic beverages manufacturer in Kaunas, Lithuania. The brewery was established in the 19th century and is named after its two founders.

Jager Brewery is the South African importer and distributer of Wolfas Engelman beers and is based in Frankfort in the Free State.  The brewery does not brew its own beers but imports premium brews and spirits from the Baltic area.

Their website has an online store and also lists the locations in which their products may be found.

At our 2019 annual Hertiage Day Beer Tasting we sampled the Wolfas Engelman Rinktinis Lager and the Pilzeno Pilsner.  What makes these brews particularly interesting is that they are gluten free.

Gluten free beer can be brewed in two ways.  Firstly it can be brewed from Maize or Sorghum  as is the traditional African beer, umqombothi.  Secondly, the beer may be brewed from wheat or barley, both of which contain gluten, and then have the gluten neutralised by an enzyme known as Endopratotease.

Wolfas Engelman brew their beers in the traditional European manner using barley and thus uses Endopratotease to remove the gluten.

The most notable feature of the two Wolfas Engelman beers we tasted is that they are sold in 500ml cans that are topped with foil.  The foil adds a nice touch and gives the impression of this being a premium beer.

And so we found both the lager and the pilsner to be. Keeping in mind that it is mostly the malt and the hops that give a beer its flavour, these two brews are unique in South Africa because their flavourants are different to almost every other beer available in the country.

The Pilzeno is brewed with a light Lithuanian malt and Czech and German hops.  We found the Pilzeno to be light and easy drinking.  I have become a fan of this pilsner and found that it pairs well with spicy food, particularly a powerful curry.

The Rinktinis Lager is also very light and easy to drink.  I have particularly enjoyed this brew on a hot day standing next the braai.  It has 5.2% alcohol by volume so is slightly stronger than most local lagers.

Both brews are great and I now have a ready supply in my fridge.