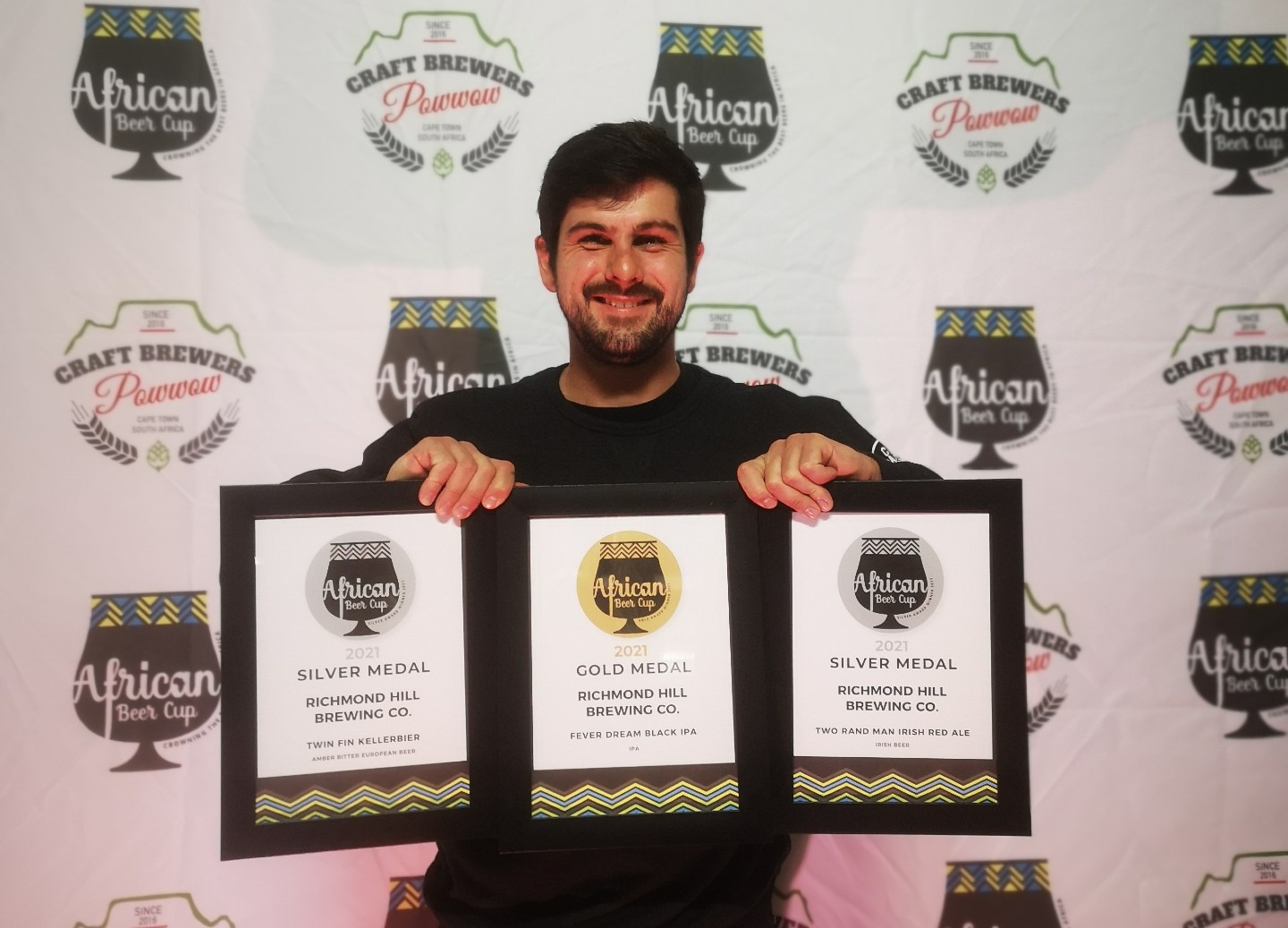 Richmond Hill Brewing company is celebrating after winning  one Gold and two Silver medals at the 2021 African Beer Cup. The African Beer Cup is the continent’s largest beer competition and the only contest accepting entries from across Africa. Any commercial brewery is eligible to enter, regardless of size.

Beers were judged in May by panels of beer experts, brewers and qualified judges in Cape Town and Johannesburg. All beers were judged to the BJCP (Beer Judge Certification Program) guidelines, which place a strong focus on stylistic accuracy. “One thing that really sets our competition apart is that every entry gets judged twice by two different panels,” says competition co-founder and director Lucy Corne. “This really gives the most accurate results possible.”

The 16 gold medallists went head to head in a best-of-show round to determine the overall winner. Cape Town’s Afro Caribbean Brewing Company took the coveted top spot, with their Space Llama double IPA being crowned Best Beer in Africa. “Being a relatively new brewer in the industry, it feels amazing to have won this prestigious award and I’m proud of us as a team,” said Afro Caribbean’s head brewer Rochelle Dunlop. “I’d also like to send big congratulations to all of the other winners.”

Honourable mention went to Gauteng’s Hazeldean Brewing Company and Frontier Beer for their collaboration brew, The Haymaker Round 4. Rather than a trophy, winners of the Best Beer in Africa receive a once-off piece of art to commemorate their win. This year’s piece was designed by Thembisa artist Pappas Khoza.

A special award was also added to the 2021 competition. The African Celebration Award, sponsored by the Beer Association of South Africa (BASA) celebrates the outstanding use of African ingredients in beer. The award went to Nigeria’s Bature Brewery for their Black Gold Stout. The beer, which also won a gold medal, showcases sorghum and Nigerian coffee. “We created the African Celebration Award because we wanted to showcase the versatility and abundance of African ingredients that can be used in beer,” said BASA spokesperson Troye May. “We believe that the continent has so much to offer the wider beer culture.”