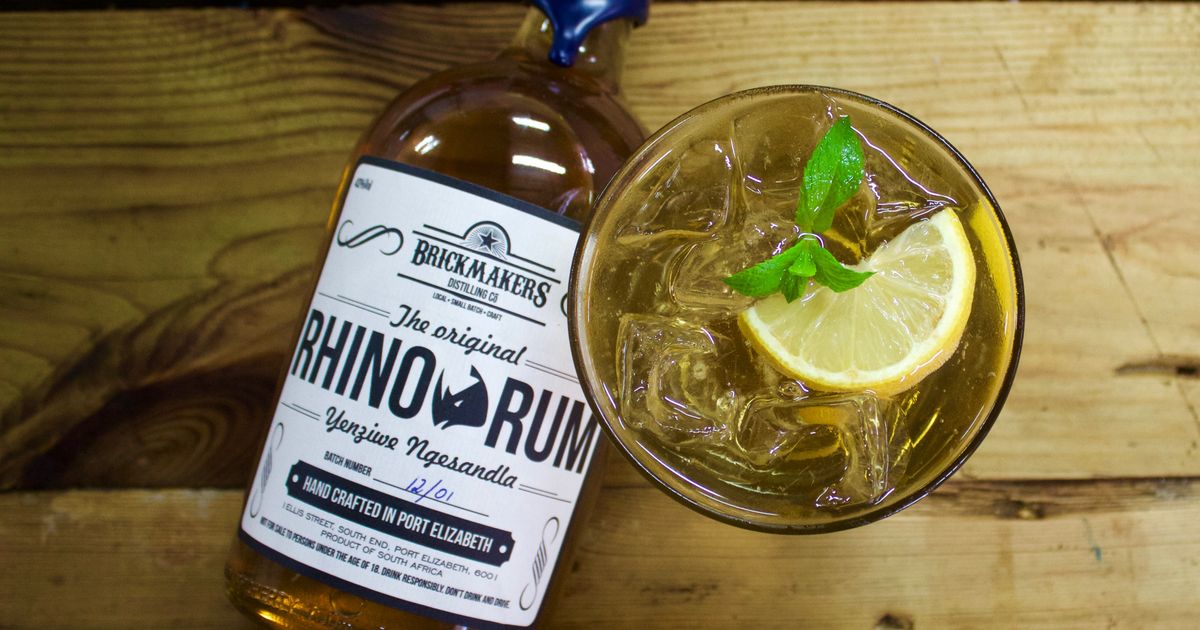 Brickmakers Distilling Company is located at the bottom of Brickmakers Kloof Road in the fashionable Baakens Valley in Gqeberha. More specifically it can be found in the entertainment hub that is Chicky’s Yard off Ellis Street.

This boutique distillery started commercial operations in 2016 when founder and owner, Eugene Coertzen, converted his hobby into a business.

Eugene says, “I had great interest in distilling as a teen.  My grandfather was an amateur enthusiast and picked up a lot of knowledge from him.  At the age of 24 is was ready to go professional.”

The distillery is not open to the public but if Eugene is on hand he would be happy to allow you to sample his wares and buy a bottle or two.

What is on offer from Brickmakers Distilling Company?

This distillery is known for its excellent rum.  More recently Eugene has started to produce gin too.

“I started with rum for a number of reasons.  Firstly I felt that the gin market was overtraded and when I launched, rum seemed to be the next big thing.  Rum is also closer to my heart and the initial setup costs for a rum distillery were lower than for other types of spirits.  Rum suited my budget too,” says Eugene.

Whatever Eugene’s reasons, his rums are excellent.  Rhino Rum was his first production rum and this was followed by Rhino Spiced Rum and more recently by White Rhino Rum.

All three rums have been sampled at the Thirsty Travelers Annual Spirit Tasting and were widely regarded as excellent.  The Rhino Spiced Rum is one of my all-time favorite spirits and a bottle never seems to last long in my pub at home.

On ice, with Coke or, as Eugene suggests, with mulled lemon, these Rums are easy drinking, flavor some and delicious.

The Rhino Rum won a Gold Medal at the SA Rum Jury awards in 2020.

Eugene has recently started experimenting with gin and has produced the excellent Kwande Gin for Lunga Tukani.

“I have also experimented with a few gin recipes of my own.  These should be available shortly,” adds Eugene.

Eugene makes use of a Pot and Column Still and as, one would expect, the base ingredient for the rums is molasses.

Eugene is reluctant to give away too much of his recipes but he says the Rhino Spiced Rum is flavored with citrus sourced from the nearby, world famous citrus farms on the banks of the Sundays and Gamtoos Rivers.

Where to find Rhino Rum

Rhino Rum, in its three variations, may be found in the Eastern Cape in Prestons Liquor Stores or Spar’s Tops.  In Johannesburg, Cape Town and Durban they may be bought from Norman Goodfellows.

Alternatively they can be bought directly from the Brickmakers Distilling Company by contacting Eugene of 068 520 1352 or sales@brickmakersdistillery.co.za